The Future of Hybrid Work 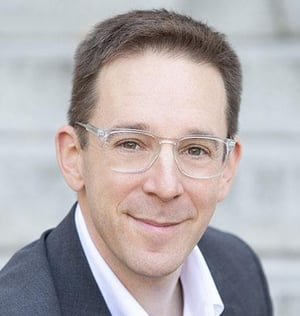 Ethan Bernstein (@ethanbernstein) is an associate professor in the Organizational Behavior unit at the Harvard Business School. He teaches the second-year MBA course in Managing Human Capital, the Harvard Business School online course on Developing Yourself as a Leader, and various executive education programs. He previously taught the first-year MBA course in Leadership and Organizational Behavior (LEAD), an MBA immersive field course in Tokyo on Innovation and Leadership through the Fusion of Digital and Analog, and a Ph.D. course on the craft of field research.

In an era when the nature of work is changing, Professor Bernstein studies the impact of workplace transparency—the observability of employee activities, routines, behaviors, output, and/or performance—on productivity, with implications for leadership, collaboration, organization design, and new forms of organizing.

A: From the perspective of productivity, the data I’ve seen suggests remote work has worked.

Despite recent headlines about needing to get people “back to work,” people have been working—remotely—and they have been doing so remarkably well. As we found in our Big Idea Harvard Business Review article last July and continue to find in our bi-monthly data, both individual and organizational productivity seem to have held up—which is quite extraordinary given what we might have expected before this ‘experiment’ in remote work began!

That begs the question that many are asking now: where is the unexpected underbelly of remote work? How does it fail to measure up to in-office work, not in terms of productivity, but in terms of long-term performance and sustainability?

The argument for in-person offices that I hear more often than any other is that office-based work is necessary for long-term organizational health. The argument takes many forms, from the notion that in-person workers will collide and have conversations that they wouldn't otherwise have to a belief that intraorganizational social networks, particularly weak ties, need in-person interaction to remain active and maintained. All these arguments, at least to some extent, rely on the view that in-person interaction is “higher bandwidth” or “higher quality” than remote interaction, an assumption that goes back to research on media richness in the late 1900s.

In my view, to believe that assumption remains true, one needs to forget much of what technology has done for us. Despite the remarkable productivity that technologies for remote work have enabled over the past 20 months, a surprising number of companies and leaders seem determined to throw up their arms and abandon the belief that technology could also support organizational health remotely. But in my view, it’s the ones who instead are monitoring the shortcomings of the current approach to remote work and strategically investing in new technology to address those shortcomings (rather than assuming they can’t be avoided) that will win in the next phase of the future of work. That doesn’t mean it’s going to be easy, but the last 20 months haven’t been easy either, and that didn’t stop us.

Given the human ingenuity and technological innovation that validated the business case for remote work during the pandemic, surely we could find a way to create “collision points” remotely. And that’s usually when I bring up ModuleQ in conversation (and why I’m excited to have been a small part of ModuleQ’s evolution). ModuleQ is one of a subset of technologies determined to prove that, when we work remotely, we don’t have to stumble into serendipitous in-person collisions but rather can be remotely guided to the ones most likely to bear fruit—to prove, in essence, that when the pandemic is over, rather than “going back” to the office, we’ll go forward to something better that benefits from all that we’ve learned over the past 20 months.

Q: What do you think technology's role is in the modern workplace?

A: As a professor of leadership and organizational behavior, I see technology serving one of two roles. In her TED talk about the future of work last month, BCG’s Debbie Lovich started with the urban legend that Boston’s meandering and nonsensical roads exist because they paved over cow paths to form the streets we have today. Some technology serves exactly that role—it just makes smoother the well-worn routines of our workplaces. But some technology redesigns the entire grid so that coordination, collaboration, innovation, execution become substantially different and, one hopes, better.

After 20 months of pandemic-led disruption, that second role should be extremely salient. Technology need not be just for productivity. Indeed, it should be guiding and coaching us—leading us to more efficient paths to our targeted outcomes—when we are at work. It should be re-engineering our work and work routines for the better.

ModuleQ is a perfect example of that. A properly trained AI has a huge competitive advantage over the proverbial water cooler at directing us to relevant information at the times when we need it. Two of my colleagues at HBS, Karim Lakhani and Jacquie Lane (and their co-authors), have shown the power of what they call engineered serendipity. In their study, serendipity was engineered in-person at a conference… but for the kind of matching they show is most productive, leaving it up to serendipity at the water cooler is giving serendipity a lot of credit! ModuleQ, of course, cannot quite do that—but it can provide much more reliable engineered serendipity. Granted, I would prefer an AI that tells me how to walk to my next meeting, because I might run into five people that I need to talk to along the way… but we don't have that (yet), and we do have ModuleQ.

Q: Where do you see the modern workplace headed without the return to an actual office?

A: As an academic researcher, I prefer to predict the past rather than the future. But honestly, talent is going to lead the path forward. I think it's going to be a competition for talent globally. The decision will be in the hands of employees of where they want to work (and do their best work). Once a company’s “talent pool” extends across the globe (as it does with remote work today), the power will be in the hands of workers to vote with their bunny-slippered feet.

Across different industries and different levels of talent, workers have different levels of leverage right now. The great resignation is “good riddance” to some and “oh my god” for others. Where employers feel like they need people, people have leverage. I think workers in technology and software engineering are probably the starting point for that, although the creatives seem to be catching up in terms of their leverage over where and how they work. And as the shortage of labor in all kinds of jobs becomes more pronounced, so too does their leverage.

But that’s all a really nice way of saying, I don’t know. I do think that—no, I hope that—we've realized that there's no reason why the default should be the office. That would feel like going back rather than going forward. And just like I don't talk about “return to work”, I’m also not talking about “work from home”, because I think work from anywhere is much more accurate.

Q: Can you tell us what you think "Hybrid Work" really means?

A: Some people like to work from home (I’m one of them), some people would much prefer to have a co-working space provided by their employer, some people would much rather have an office and decide where they live based on that. We seem to have decided that we want to accommodate as many options as possible because we want access to as much talent as possible. “Hybrid Work” appears, on its face, to be the obvious answer.

There are two key faults in that logic. First, many seem to have not yet realized that if you are working from the office and I am working from anywhere, then we are still going to operate as if both of us were remote—through Teams, Zoom, Slack, etc. Individuals get to choose their own spaces, but if those choices aren’t aligned, then the interaction remains remote—and that’s not what most people are looking for when they say they want to be back in the office. Second, we know how to all be in-person at the office, and we also now know how to work when we are all remote—hybrid is the one thing we’ve never been able to get right and thus is the path of greatest uncertainty and risk. We could achieve the best of both worlds… or, alternatively, the worst.

Maybe, just maybe, technology will help us make hybrid approaches work where they have failed in the past. Because it would be wonderful to accommodate everyone’s preferences while at the same time being better for the Earth, better for productivity (because you cut out commute time), better for our sanity, most of the time better for working parents, and better for their kids. In short, it's just better!

Q: Can you tell us what you think the biggest hurdles are for organizations to get over before they fully embrace the work anywhere culture?

A: One is perceived security. Large enterprise organizations would much rather have every piece of information they care about in their buildings. The second is supervision. There is a sense that if I can see people, I can supervise them better. In fact, that's also completely perceived. But, myth or reality, as long as these perceptions exist, they're going to be hard to overcome.

If we think about why people had offices in the first place, it was at least as much a solution to information and communication problems as it was surveillance and supervision. Because back when everything was paper, you had to move the paper around and people had to talk. Maybe you had the telephone… but if you go back far enough in time, we didn't even have the telephone. People got together in offices because that was the only way we could work together.

Now that constraint is gone, but we have yet to rework our information plumbing to meet the new challenges around collaboration and knowledge management. Our newest challenge is how we optimize the flow of information and collective attention when people are distributed, because we can't just have everybody talk to everybody else! For routing communication in a big global network, locality was a way to guide who talks to whom so that individuals didn't get overloaded. It’s both wonderful (reduced siloization), and overwhelming (increased overload), to be relieved of that constraint. If that’s an accurate description of the state of work today, then that would seem to be a perfect problem for technology, and particularly AI-enabled technology, to solve for us and with us.

Atsushi Taira of Mistletoe added to ModuleQ Board of Directors